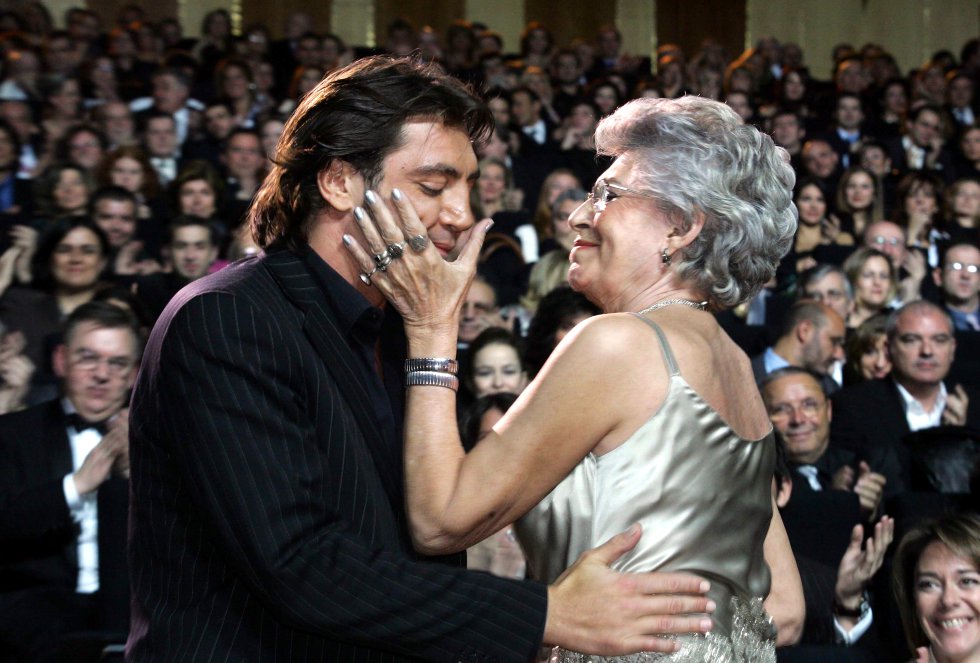 The actress Pilar Bardem (Seville, 1939 – Madrid, 2021) died this Saturday in Madrid, as confirmed by the family in a statement. “We want to share the news that Pilar Bardem, our mother, our example, has passed away. She has left in peace, without suffering and surrounded by the love of her loved ones ”, her children Carlos, Mónica and Javier have written in the note. “We know of the affection and admiration that many people felt for her, inside and outside of Spain, for the actress and the fighter and always supportive person that she was. We thank with all our hearts that love for our mother. “

In more than 50 years of professional career, the actress participated in more than 80 films, 43 plays (she crawled before learning to walk through the Infanta Isabel theater in Madrid, where her father, Rafael Bardem, was the leading actor) and 31 television series. In 1995 she won the Goya Award for Best Supporting Actress for her work in No one will talk about us when we are deadby Agustín Díaz Yanes.

Bardem was born in Seville in 1939, heir to a long and illustrious saga of artists and is the daughter of Rafael Bardem and Matilde Muñoz Sampedro, who would later continue their three children. He began in the cinema in the mid-sixties and worked with directors such as Fernando Fernán Gómez in The world goes on. From the eighties, after his time on television in Estudio 1, he did other series such as The joys and shadows Y Lorca, death of a poet. It will be in the nineties, after three decades without rest, when his career will live a new rise after winning the goya for his role in the film by Díaz Yanes. I participate in Airbag, by Juanma Bajo Ulloa, The ages of Luluby Bigas Luna; at the same time that the television was with Sisters Y Open 24 hours, among other projects.

The interpreter was a great defender of various social causes. In early 2000, he was one of the visible faces of the opposition to the Iraq War during the mandate of José María Aznar. Her fight reached Congress where she attended as a guest and from which she was expelled for wearing, like her colleagues, T-shirts with the slogan No to war. After this intervention, he became president of the association of Culture Against War. In 2017, she was awarded the Cinema, Aid and Solidarity Award, which was awarded for the first time by the Film Academy with the aim of promoting and annually recognizing the solidarity actions and humanitarian values ​​of filmmakers.

Last November she wrote a letter to the AISGE (Interpreters, Intellectual Property Rights Management Entity), of which she was president until 2018, in which she addressed her colleagues in the union. “I have ever commented that I feel like an actress almost from the same day I came into the world, a year or so ago. Or, if we want to de-emphasize the matter a bit, since I can remember. I adore this profession with all my strength, I am proud to have left my mark on it whenever circumstances have allowed it ”, began the Bardem, as it was known. As the great ones are called in Spain: the Xirgu, the Espert, the Rivelles, the Valdés … “I can only confess, for those who want to read it, that my children, my trade and the commitment to society and the causes that I consider They have been and are fair in my life, ”he continued in reference to his three children, the three actors, in a letter that was already saying goodbye.

“Crises, bad rulers, even the most diabolical microorganisms can bend, sooner or later. Art, on the other hand, no. Art is indestructible because it is an inherent part of our nature as living beings ”, he said during the ceremony in which the 30th anniversary of the AISGE was celebrated, in the midst of the pandemic.