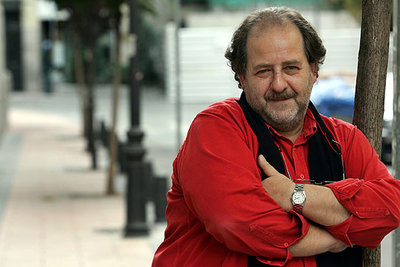 Ariel Goldenberg (Buenos Aires 1951-Nimes 2021) died this Wednesday at the age of 70 at the General Hospital of Nimes (France), where he was living in retirement after a professional career that led him to be one of the most recognized managers of the international theater programming. Of Jewish origin, Romanian father and Polish mother, he began his professional career as co-founder of the Margarita Xirgu Theater, in Buenos Aires, his hometown, but his European career began at the Nancy Festival, where he arrived with the Payró Theater team, a Buenos Aires group founded by a group of dissidents from the Yiddish Folk Theater. It was there that he was signed by then Minister of Culture Jack Lang, who left such a good mark on French cultural policy.

He settled in Spain joining the team of the actor and director José Luis Gómez, in the stage in which he directed the Spanish Theater of Madrid, and shortly after he began his relationship with the Caballo de Bastos Association in 1980, at the dawn of the International Theater Festival. de Madrid, which he co-directs with Tato Cabal until 1984 and with Amaya de Miguel until 1991, the year in which the sponsoring cultural institutions liquidated an exhibition that allowed discovering the new theatrical movements that were emerging around the world and the great names of international theater in a Spain, which was in full transition from a dictatorship to a democracy. Precisely Amaya de Miguel, current director of the INAEM, commented upon learning of Goldenberg’s disappearance: “He was a man full of qualities and knowledge, his most notable characteristic was his generosity, I never saw him lose his nerves, he always sought and achieved an agreement and he was a true visionary ”.

In 1989, after a brief stint as director of the Munich Festival, he was appointed director of the Bobigny Theater, until 2000, in which he assumed the direction of the Théâtre National de Chaillot, in Paris, one of the most important in France. , whose work he carried out until 2008. In 2000, making his role compatible with his work in Paris, he returned to lead a major event in Spain, as director of the Madrid Autumn Festival, a position in which he remained for 15 years , placing the sample among the most interesting on the world scene. Goldenberg said that, when selecting companies, the most important thing was “the artistic value of the shows, originality and avoiding the festive tone”.

He spoke fluently in addition to Spanish, French, Italian, Portuguese, English, German and Yiddish, although he believed that his knowledge of languages ​​had not been essential to developing a brilliant and international career as director of festivals and theaters. “My professional career would not have been the same without the many meals I have had with creators, artists, politicians, programmers … I learned the pleasure of good food in many countries. I like it because it is an extraordinary way of coexistence, to bring warmth to a relationship, something very useful because the material I work with are artists “, said Goldenberg, who assured that this activity had cost him very expensive” in every way ” .

He lived in many cities, but he considered himself a “sedentary nomad” and it seemed very normal to him to live in Paris and work in Madrid. His last residence was in the French city of Nimes.