“Get on the fuck”, “suck some cocks” or “catch the tram”: expressions in Spanish that give rise to misunderstandings | Culture 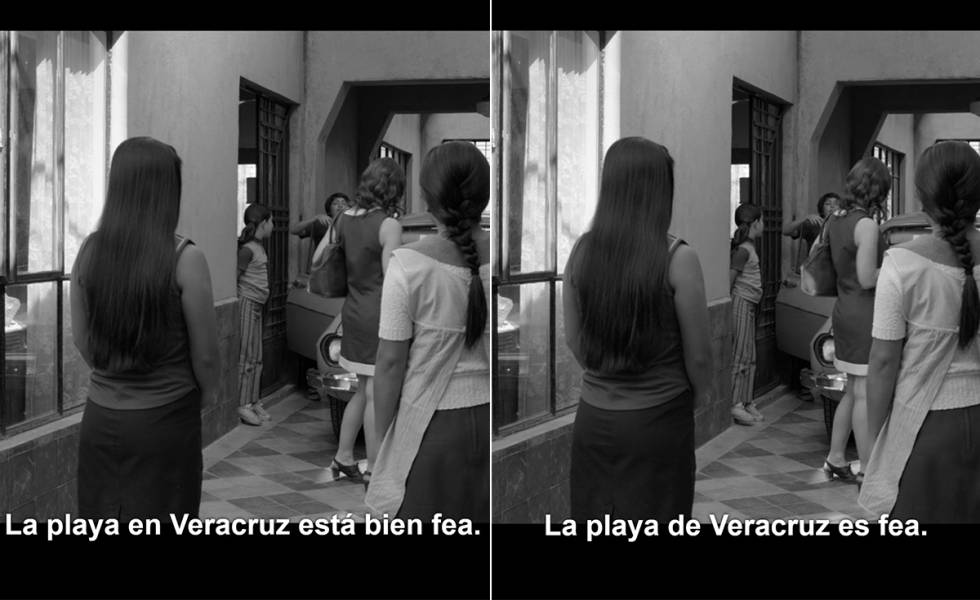 It shouldn’t be surprising to a Spaniard that a Mexican from Monterrey suggests, as a token of friendship, to go out and suck some cocks. Nor is it necessary to frown because in Peru it is said that someone lost their virginity to a moth. They are two of the examples why the Spanish language is, in its unity, so rich and diverse depending on the country that is used. This is what the book deals with The one and the diverse, edited by the Instituto Cervantes y Espasa, presented this Tuesday at the institution’s headquarters in Madrid. In this work, 21 authors from both sides of the Atlantic have been invited to collect words and expressions from Spanish that cause funny situations or embarrassing misunderstandings due to the different meanings depending on where they are pronounced.

“Suck some cocks out there.” This happened to the Spanish writer Marta Sanz, who tells, with humor, when, at the age of 23, she gave a course in Madrid on literary creativity to a group of young people from a university in northern Mexico. Between calligrams and anacolutos, Sanz and his students talked about the best places to eat and drink in the capital. Until what she calls “linguistic interference” happened, when a young man proposed to her: “Teacher, do you want to come with us today to suck some cocks out there?”. The author of Show off he remembers that he had never had “such an uninhibited group”. On the verge of losing his footing and by his gesture, the student understood: “Yes, to have some beers as you say.” “Once the clarification was made,” says Sanz, “I advised them not to enter Madrid bars with self-confidence announcing that they wanted to suck some cocks.

“Big bugs” that do not let you sleep. In your text, the director of Cervantes, Luis García Montero, remembers anecdotes told by the writer Francisco Ayala, a Granada-born exile in Argentina, such as when he said “dead bug” in Puerto Rico; the first word is avoided because it is synonymous with penis. A Peruvian pedagogue did not know that either. When asked if she was comfortable on the island, she answered that the only thing that bothered her were “those big bugs” that would not let her sleep. Or the Argentine teacher who spoke to his students and quoted some verses: “Every bug that walks / goes to the grill”, to the laughter of the young people.

“Do something for the roe.” Peruvian Fernando Iwasaki lists the many uses of the word “egg” in his country. When a job is simple, it is said that it is either an egg, or if it is difficult, it has eggs. The speech of Peru also gives importance to the feminine: doing something for the roe is for pleasure, and refusing not even roe to something is that it will not be done in any way. There is also room for subtle differences: “When someone has us up to the bone, they have us fed up; but if you feel up to the roe, you are exhausted, “he writes. Not doing bullshit is not doing nonsense and being in the bullshit is being in the ointment. And if someone is in the clouds, they are thinking about rooster eggs. In conclusion, an egg of meanings.

“Does it provoke a dye?”. While Carme Riera writes about the confusion she experienced on her first visit to Colombia, when the director of the Casa de Poesía Silva asked her at coffee time if she “provoked a red wine.” The Spanish woman was unaware of that colloquial use of the verb and thought they were going to bring her a wine. To his relief, they brought him a black coffee. And conversely, he had to explain to the clerk who dispatched tickets in a Barcelona metro station that the young Colombian woman who had asked him to give her a ticket was willing to pay for it. That “gift” is the polite way in Colombia to ask for something.

Sight the horizon “from hell”. With the Argentine María Teresa Andruetto, he goes from egg to hell, which was called in the old ships to the basket at the top of the mast that the sailors climbed to see other ships, he explains. The word refers to the virile member and was collected for the first time in a songbook more than 600 years ago. A Uruguayan writer even dedicated a poem to him, Apology and nomenclature of the fuck, although over time it has acquired other meanings: it can refer to something that is worth nothing, or the contempt of sending someone to that site, or be something very good. Speaking of members, the Spaniards do not forget, as the Colombian Nancy Rozo Melo points out, that to taste a cabbage is to eat “a sweet cabbage-shaped cake.” Or that, as the head of the Editorial Unit of EL PAÍS, Álex Grijelmo, recalls, before “cock” named the penis, that was “the portion that is bet among those who play”, so in the cards a player needed five tricks to win, or “get his dick out.”

Cool back and forth. In the presentation of the book, Fernando Iwasaki maintained a dialogue with Marta Sanz. He stressed that “of the 7,800 million inhabitants of the Earth, 5% speak Spanish, and we understand each other, which does not happen to the Chinese or a German in Zurich.” With humor, he regretted that the word had been implanted fake, “When in Spanish we have up to twenty synonyms for lies and it goes that we have not had lying presidents in Latin America to impose fake”. Sanz recalled how Venezuelan soap operas popularized the word cool in Spain. A loan from America? Which gave rise to Iwasaki to point out a theory about its true origin: “It comes from an assistant who came with Carlos V to Spain from Ghent, Mr. de Chièvres, a diplomat who dressed in colors when black was predominant at court. Chièvres became Castilian as cool and went to America, where he took on the meaning of something wonderful, elegant … while in Spain he got lost until the soap operas brought him back ”.

A dialect of thieves. Mempo Giardinelli, Argentine writer and journalist, traces the history of Lunfardo, a popular dialect language of his country. “Born as the language of the Buenos Aires underworld,” he points out, the lunfardo began to be picked up from bars and cafes in marginal neighborhoods by a journalist, Benigno Baldomero Lugones, born in 1857, with terms such as “beat” (betray), “mine” (woman), “cana” (police), “atorrar” (sleep) … and being a language of thieves, he listed up to 29 synonyms of that word. The lunfardo took words from other languages, spread to Argentine port cities and other countries, a popularity that facilitated tango, with lyrics such as: “He who steals is he who toils, the jet is a vulgar thief.”

The event was closed by the Secretary General of the Ibero-American General Secretariat, Rebeca Grynspan, and among the messages that arrived by video, the Mexican Juan Villoro stood out, who concluded that, despite the differences between Spanish speakers, “that we claim with regionalist pride , we are condemned to understand each other ”.

The number of people with Spanish as their mother tongue reached 493 million in 2020, according to data provided by the director of Cervantes, Luis García Montero, on March 18. It is the mother tongue in 21 countries that occupy 19 million square kilometers and despite how difficult it may be to understand the Buenos Aires lunfardo or the Gibraltarian llanito, the unity of the Spanish language “is beyond doubt”, he says in the foreword of the book Pedro Álvarez de Miranda, member of the Royal Spanish Academy. The percentage of non-common words in Spanish is only 2%, according to Álex Grijelmo, while the academic director of Cervantes, Carmen Pastor, underlines in another section that “audiovisual media, new technologies and mobility have facilitated exchanges between Spanish-speaking countries, which familiarize us with the diverse voices of Spanish ”.