Javier Arnaldo: “Carmen Thyssen does not contribute to the stability that a museum needs” | Culture 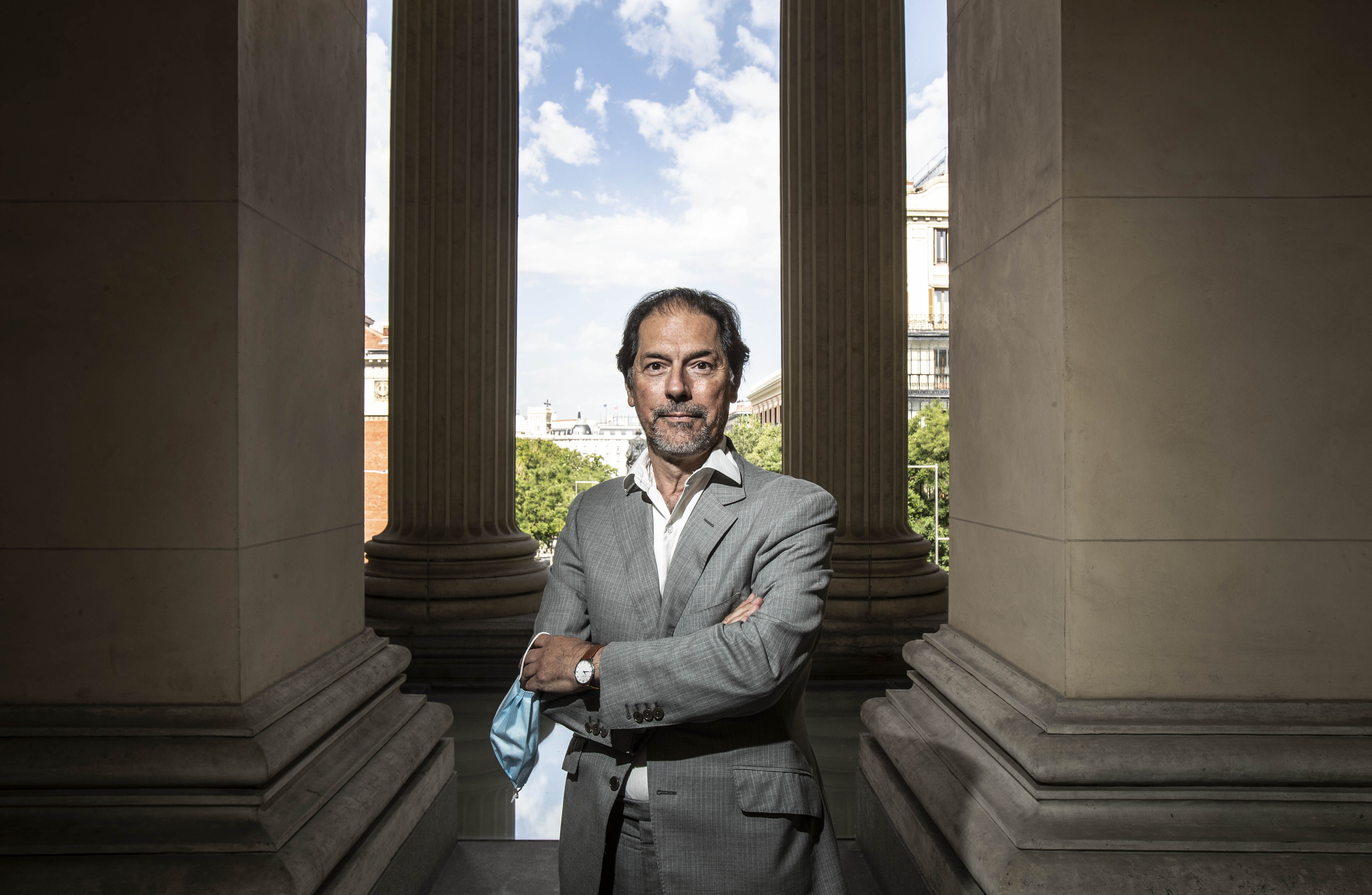 Essayist, historian and poet, Javier Arnaldo (Madrid, 62 years old) has come to the Prado Museum to promote one of the projects most loved by its director, Miguel Falomir: the Study Center. Located in the Casón del Buen Retiro, its objective is to contribute to the training of professionals and transmit the knowledge generated by activities related to the permanent collection or temporary exhibitions. Created in 2009, the center will try to multiply its teaching activities beyond the chair, seminars, congresses or symposia, with scholarships and museum studies. With a team of three people and a budget of 250,000 euros, he hopes that he can benefit from the distribution of European funds (22 million distributed in four annuities).

Arnaldo has dedicated all his professional activity to teaching (now on leave of absence from the Complutense) and to research in museums. With a very long list of publications related to art, he has three books of poetry, his most personal passion and to which he will continue to pay all the attention that the work allows. For a decade, between 2001 and 2011, he worked as chief research curator at the Thyssen-Bornemisza Museum in the team of Tomás Llorens, who died on June 10. Arnaldo keeps the best memories and teachings from Llorens: “Tomás was a great authority in the art world because of his knowledge and because of the wise eye he had to distinguish quality. He had an insatiable universal knowledge and was enormously generous to those of us who work with him. I was extremely lucky. I have felt his death a lot ”.

An art museum should not have political objectives. Only cultural

Among the long list of Arnaldo’s publications during his time at Thyssen are the two volumes in which the personal collection of Carmen Cervera is addressed. What do you think of the solution that the Ministry of Culture has reached with the baroness of paying 6.5 million annually until 2025? “It’s too long a story that I would rather it had been solved long ago. But Carmen Thyssen does not contribute to the stability that a museum needs. The development has seemed very sad to me. And no, I don’t like that arrangement. “

An expert museologist, Arnaldo is not a man to avoid controversy, as he demonstrated in an article published in this newspaper in 2017 about the fate that was then envisaged for the Museum of the Royal Collections. It warned of the danger of mounting a speech that would become an unconditional praise of the monarchy. “My intellectual complaint then, and I maintain it now, is that an art museum cannot be used for political purposes. Its sole purpose is to highlight culture. But that is a concern that I no longer have because at the head of the museum is a person, Leticia Ruiz, with whom I share criteria and of whom I am sure that a great museum will carry out ”.

As a more immediate concern to promote the Study Center, Arnaldo points out the importance of expanding scholarships and announces that two new grants are being incorporated into the program: the María Cristina Masaveu Peterson Foundation-Prado Museum of Curatorial Studies Scholarship and the Allen & Overy-Prado Museum of Gender Studies. “This is going to be a place for ideas,” says Arnaldo, “and for training the new curators of the museum.” He acknowledges that they will have to continue looking for sponsorships for the scholars’ stays, but believes that it is a challenge that can be faced with energy and a lot of muscle.

Reflection and debate related to the world of art and society will be present in all the activities that are scheduled. As an example he points out Otherness, a conference in which Islam will be investigated and rethought in the medieval and modern Iberian Peninsula. The creation and development of the image of Jews and Muslims in the Iberian Peninsula and in other areas of the Mediterranean during the 15th to 17th centuries will be analyzed.

In the public act of presentation of the Study Center, Miguel Falomir recalled that it was a dream that the museum had dragged on for a long time. Already in the minutes of a meeting of the board of trustees, on November 9, 1940, Eugenio d’Ors raised the need for the Prado to have something similar to what the Louvre museum had. “This is not a school like the one in the Parisian museum,” adds Falomir, “but it has a lot to do with teaching. We want research and debate. El Casón is also a library and archive with more than 150,000 books, 1,500 specialized magazines and 7,000 volumes of old collection. A perfect setting to investigate and study ”.