Jonas Kaufmann, after the historic encore at the Teatro Real: “It was impressive to experience it from the stage” | Culture 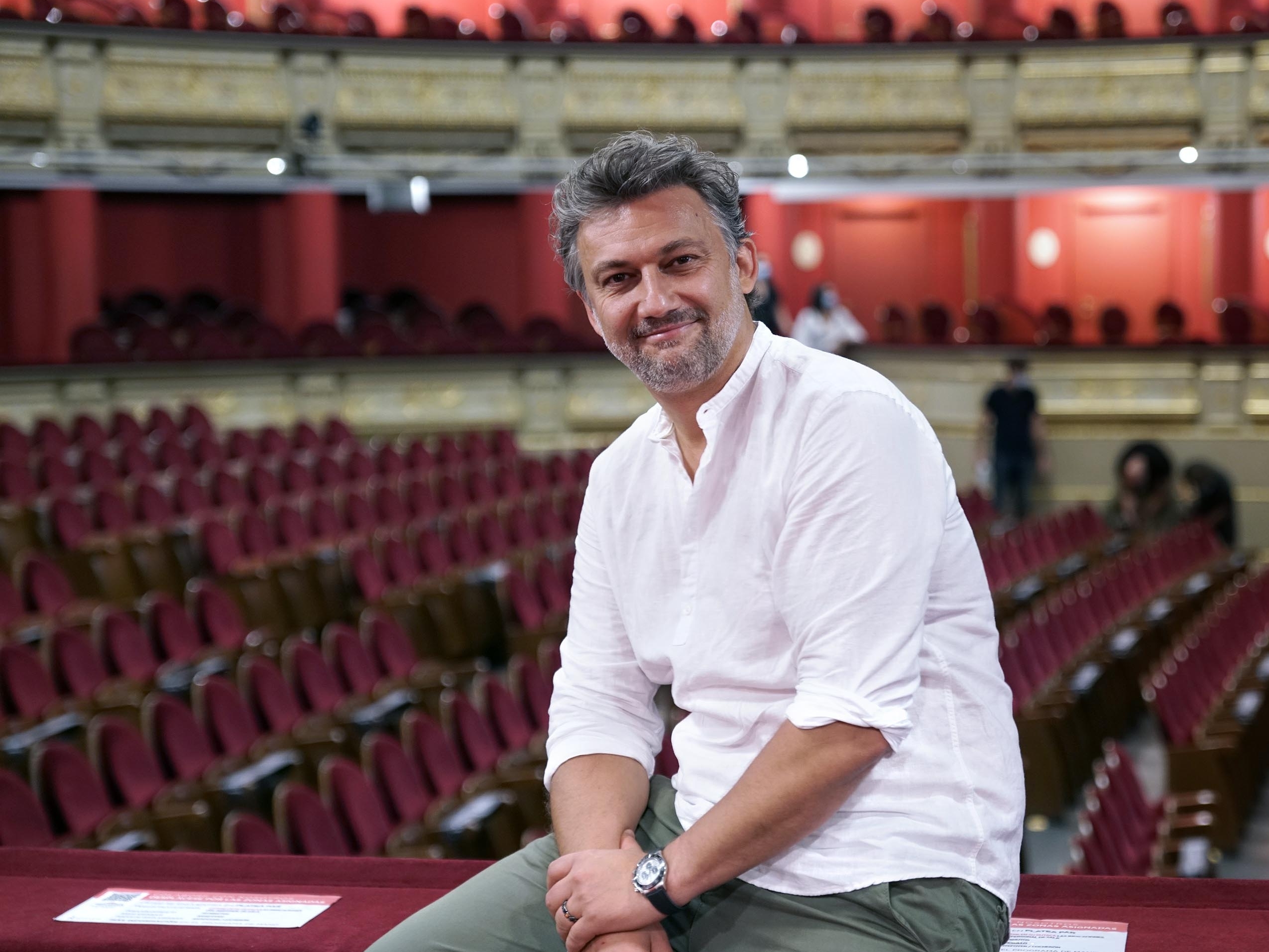 Tenor Jonas Kaufmann’s knees ached from his complicated posture while on stage, but he couldn’t help a nervous laugh, due to the excitement of the encore that the audience at the Teatro Real requested on Monday night. “It’s something very special,” he said the next day during a meeting with the press at the place where he repeated his aria at the public’s request And the stars were shining, from the opera Tosca, by Puccini. This success, together with the encore that his partner Sondra Radvanovsky started from the audience, made the evening a historic one: since its reopening in 1997, the Coliseum had never recorded a double by two artists separately. “We can still raise the bar and have more and more encores. That is why we will start with the performance at 7.30 pm, so we can have no problems with the closing ”, joked the artist, who will repeat his performance with Radvanovsky this Thursday.

“I am happy to finally do the opera on stage at the Teatro Real. I was here in 1999 or something like that, a million years ago, ”said the 52-year-old German artist. In the coliseum he has been able to see how his effort paid off. “It was impressive to experience it from the stage,” he commented. In addition, he adds, he has always had a special appreciation for Tosca. “I hope those in the audience noticed that we all had a lot of fun doing this.”

It is not the first time he has done an encore with Tosca in the role of Mario Cavaradossi. It was already successful at the Vienna Opera in 2016. The other star of the evening, Radvanovsky, has been the second woman (after the success of Lisette Oropesa last year, with Lucia di Lamermoor) to receive this recognition. Until Monday the public of Tosca in Madrid he stood up and applauded for several minutes up to five times his I lived art. “Radvanovsky is a great partner and a fantastic actress. He has a huge voice, it’s incredible what he does ”, added the tenor.

In addition to the performance of this opera, Kaufmann works on Tristan and Isolde, by Richard Wagner, which premiered on July 4 in Munich, his hometown, and whose last performance will be on the 31st. It is a role for which he has had to fight. “It is extremely long.” The voice is the other drawback, as it requires a lot of effort. “There are people who think that making a good Tristan is all you need for the next 10 years of your career. And I think it is the other way around, that tenors with difficulties take this role as an opportunity, and then claim that they have lost their skills for other creations ”.

Kaufmann likes to travel to Madrid “and have a couple of days off to see some museums”, something that he confirmed that he will do when he is done with the performances. He does not like long trips: “I tend not to go to the United States, for example, because it is so far away. And it takes me a long time that I can’t spend with my kids, my family and my friends, to be honest. “

With that same honesty, he defends his way of acting: “I don’t manipulate my voice.” Nor does he force his vocal chords to satisfy the needs of a certain piece: “As long as people accept my voice color for repertoires, I can keep it. I will never try to sound more hellish or brighter just to be the perfect match for a certain role. ” The only reason that makes it change its sound is emotion: “You have to feel it, you have to live it. It doesn’t matter what happened during the day or in the last week. I am this person and I feel what he feels. And then everything else comes automatically. “

A handful of encores

According to Real’s calculations, in the 24 years since the reopening, only a handful of singers have gotten the encores. Leo Nucci harvested them in 2009 and in 2015 with the same part of Verdi’s ‘Rigoletto’, specifically, the duo ‘Sí, vendetta, tremendous vendetta’, with Patricia Ciofi and Olga Peretyatko, respectively. In 2014, it was Javier Camarena’s turn, in the opera ‘La fille du régime’, with the aria ‘A mes amis, quel jour de fete!’. In 2018, six soloists (including Salvador Camarena and Lisette Oropesa) deserved it with the aforementioned Lucia di Lammermoor sextet. A year later, Camarena sang twice, with the audience standing, the aria ‘Una furtiva lagrima’, from ‘L’elisir d’amore’, composed by Donizetti. And in 2020, Oropesa repeated the success with the second part of the aria ‘Addio del passato’, from the third act of ‘La traviata’, by Verdi.