Katharina Volckmer: “It is not possible to overcome that your country has wanted to annihilate an entire civilization” | Culture 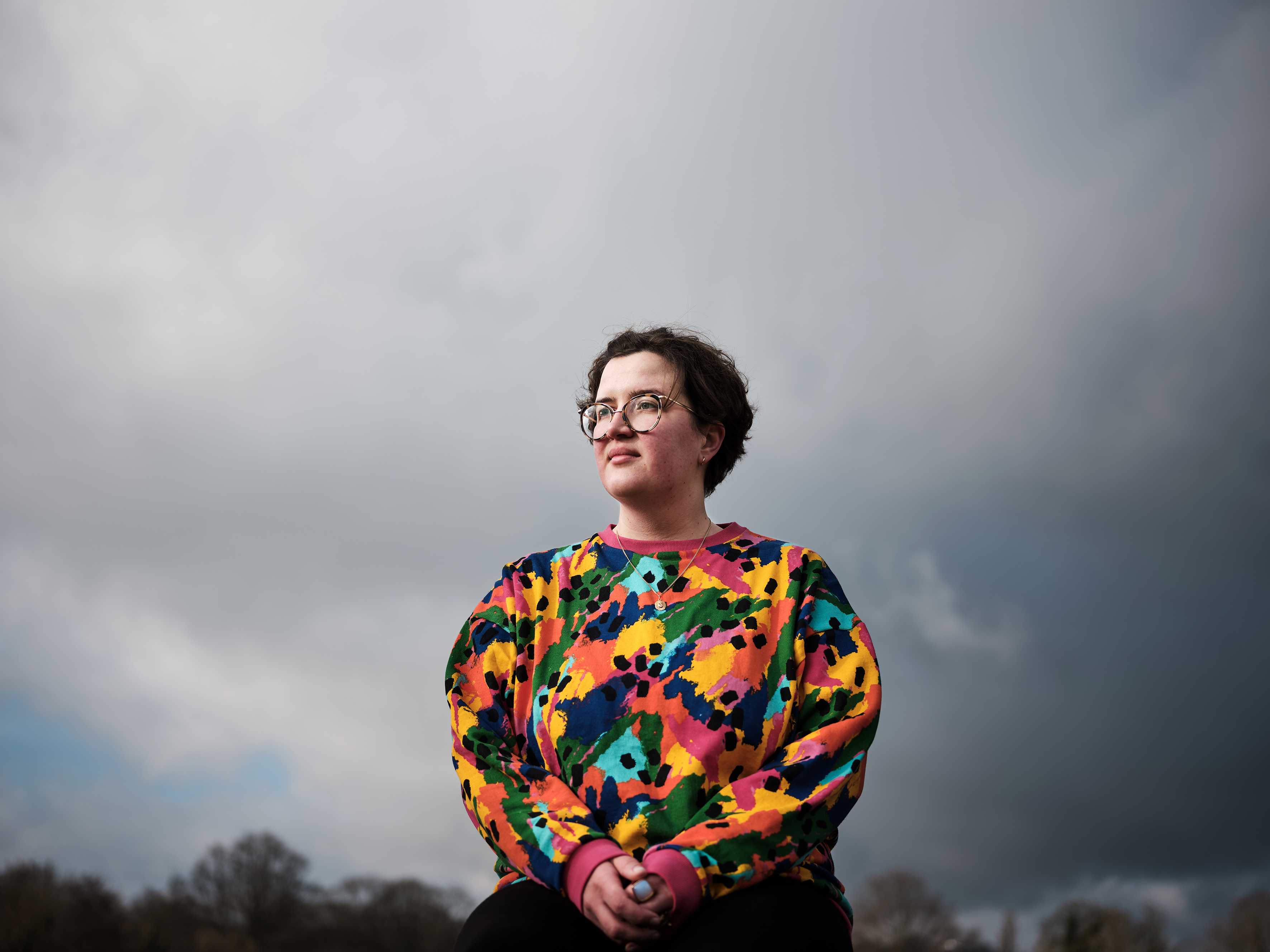 It is a day at the end of June, Katharina Volckmer (Germany, 34 years old), the author of the book bomb Quote (Anagrama / La Campana, in Catalan), is at home in London. He says that the Germans will never get over the Holocaust. “It is impossible to try, when your country has wanted to annihilate an entire civilization,” he says. He speaks through his computer screen. And it seems that the protagonist of his novel does. Because that’s one of the things that the main voice of Quote, a young German woman also living in London who has decided to start telling her doctor, a certain Dr. Seligman, all kinds of horrible things. Or not exactly horrible. Rather things that everyone thinks, but no one dares to say.

His voice is that of a generation that has never had anything they expected. That is what phrases as eloquent as: “The other day […] I had to walk back through one of those areas of London where people from previous generations live, with real furniture and clean bathtubs ”. His wit is so brilliant and cruel that it seems to fly over any era. It is a kind of voice of conscience angry with a world that has tried to be a lot of things that it could not be. To begin with, she couldn’t be the kind of girl, or teenager, or woman her mother expected her to be. And it is there, in the mother and daughter relationship, where he places the particular epicenter of his personal tragedy.

“The protagonist admires people who have been able to forgive her mother, because she has not been able to. Patriarchy feeds on those toxic relationships between mothers and daughters. She feels in some sense tortured by her mother’s expectations until she understands that they have both been oppressed and are fighting their oppression in very different ways. But, in any case, their relationship is the most obvious sign that the system in which you are born is restrictive and violent, and tries to prevent, with more violence, that you escape from what has decided that you will be ”, explains Volckmer, who believes that “we would all win if the idea of ​​gender disappeared, it would be so liberating!” He thinks that, despite all the advances, “we are still in a cage.”

Try not to wax, or take off your shirt in the street if you’re hot, he says. “A man can go shirtless if he feels like it, you can’t, because someone sexualized your breasts a long time ago and now you have to hide them. It is a decision that they have made for me, and that I do not understand ”. The writer, who is admired by exponents of punk feminism and hybrid narrative like Chris Kraus (I love Dick), I had in mind Portnoy’s lament, by Philip Roth, as he wrote. And Thomas Bernhard. I wanted to be ruthless. I wanted it to be intense because writing is like hitting something with a hammer. I wanted to be ruthless, “she admits.

It is. Especially with Germany. Hit her in every way possible. “It is no coincidence that there is no word in German for pleasure,” he writes. Or: “For someone who grew up in Germany, a living Jewish person is a sensation, something that no one had prepared us for.” “We never had a duel; at most, we interpret a new version of our anti-racist character to the point of hysteria, denying the difference wherever possible, ”he also writes. “And yet,” he adds, “we never again granted them the status of human beings, nor did we let them interfere with our vision of history, which is summed up in that horrible pile of stones that they placed in Berlin to commemorate the victims of the Holocaust”.

“A past like ours will always be an open wound. I think people feel sorry for themselves for being German and having to bear all that guilt. It’s very uncomfortable. But we have to learn to live with it. And assume double blame for everything that was not done well after 1945. Like the fact that only 30 of the 1,000 people who had worked at Auschwitz were judged, ”he insists. That the narrator of the book wishes to possess a Jewish penis (the subtitle of the novel is, in fact, The story of a Jewish cock), and something is doing to achieve it, points in that sense. And in that of dynamiting that zero moment from within, and at the same time, the very idea of ​​identity, sexual, existential, national.

That he has chosen English to do it, that is, a language that is not his, is not accidental either. “I chose the brush that best suited me to paint the picture,” he says. One that, to begin with, has allowed the painting to exist, because in Germany it would have been difficult to publish such a diatribe – each line is, truly, a punch. In fact, it has been published in half the world, but not there yet. “It comes out in August, and I’m curious,” he says. More curiosity than fear? “The Nazis don’t read books,” he replies. Also that “a little scandal never hurts anyone, right?” He finds it amusing when people are scandalized. “And there will be those who will say, ‘Wow, you’re right, why don’t we ever talk about these things?”

About the ‘trans’ law

Quote it is also a novel queer, although little is known about the matter until things progress. And yet, Volckmer, who insists that “she has nothing autobiographical” even though she “thinks like her in almost everything”, believes that things are changing as far as the rights of the LGTBI + collective are concerned. “There is more awareness and understanding regarding how you feel when you are born in a body with which you do not identify, and in some countries like Spain there are even legal changes, but at the same time there is a lot of resistance. People are afraid and do not realize what we would all advance if gender did not exist. But we are doing something right when there are children coming out at age 10 in some parts of the world. I wish it could be the same everywhere ”.