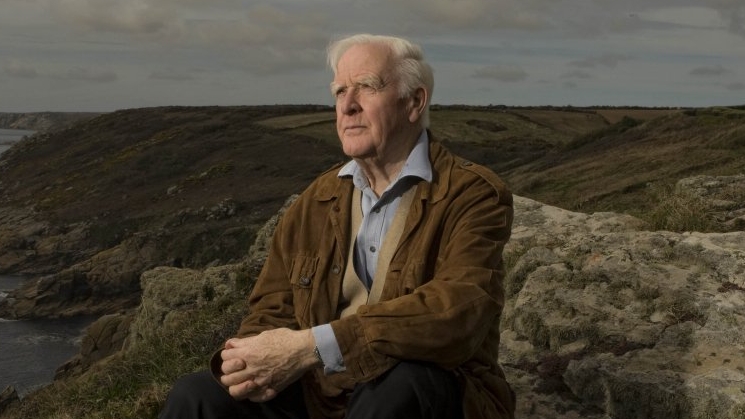 David Cornwall (Poole, United Kingdom, October 1931-December 2020), known and revered throughout the world by the name of John Le Carré, ended his days with a final script twist at the height of his spy novels. The author who best portrayed post-war England and the double standards of a declining empire, who loved his country as much as he detested its politicians, acquired Irish nationality shortly before his death, as revealed by his son Nicholas Cornwall. Brexit was the last straw for the disappointment of a deeply European writer, with a special love for Germany and its culture. His friend, the Irish novelist John Banville, had already revealed in the days after his death, last December, that Le Carré had begun to take an interest in and trace his genealogy on the neighboring island. “When he was told ‘welcome home’ by the registrar in Skibbereen, County Cork, he was deeply moved, it was a huge emotional turn, an awakening of himself and his own history that had eluded him. throughout life ”, has told his son in the radio documentary A writer and his country: John Le Carré through six decades. BBC4 will premiere it this Saturday at 9:00 p.m., Spanish peninsular time.

The last photograph of his father, he has revealed, shows a Le Carré wrapped in an Irish flag that Nicholas had given him, with his head bowed and the outline of a smile. Banville already said that his friend had started the process of applying for a passport, but it was now that it was finally known that the writer who professed the most love for an England that his enemies were taking from him managed to commit the most exquisite betrayal: he hugged Europe through her Irish ancestry, on the part of her maternal grandmother.

The author of such a momentous revelation has been Philippe Sands, lawyer, writer and friend of Le Carré. His need to recover somehow, he wrote in the diary The Times and the long talks and joint work he enjoyed for years with his occasional neighbor in the London borough of Hampstead (Le Carré had his fixed residence on the Cornish coast) led him to work on the documentary for the BBC. “The chronicler of the English died an Irishman. Something that I did not know, neither when I shared my time with him nor when I dived through the archives a few weeks ago, imagining a trip by the writer to his country. In the end, there were three countries: the country of his home, the country of his soul and the country of his ancestors, ”Sands wrote.

From that same Hampstead neighborhood was a neighbor Ian Fleming, the writer who created a Scottish spy, James Bond, a patriot to the core and defender of a nonexistent British Empire. David Cornwall, quintessentially universal Englishman like Orwell, more and more in love with his country and further removed from it, transformed his literary glory into increasingly savage rage. First against the double hypocrisy of a Cold War in which it was increasingly difficult to give moral reason to the West or the East. Later, with the fall of the Wall, against a criminal capitalism convinced that the world was finally a huge open bar. And finally, against a populism that he despised, personalized in the United States by Donald Trump and in the United Kingdom by Boris Johnson. “Eton [el colegio privado de las élites inglesas] It teaches them to command, but not to govern, ”Le Carré once said. His posthumous message has been as sweet as the words of Barley, the protagonist of The Russia House, when he hugs Katya and decides to betray Americans, British and Russians: “Now you are my only homeland.”