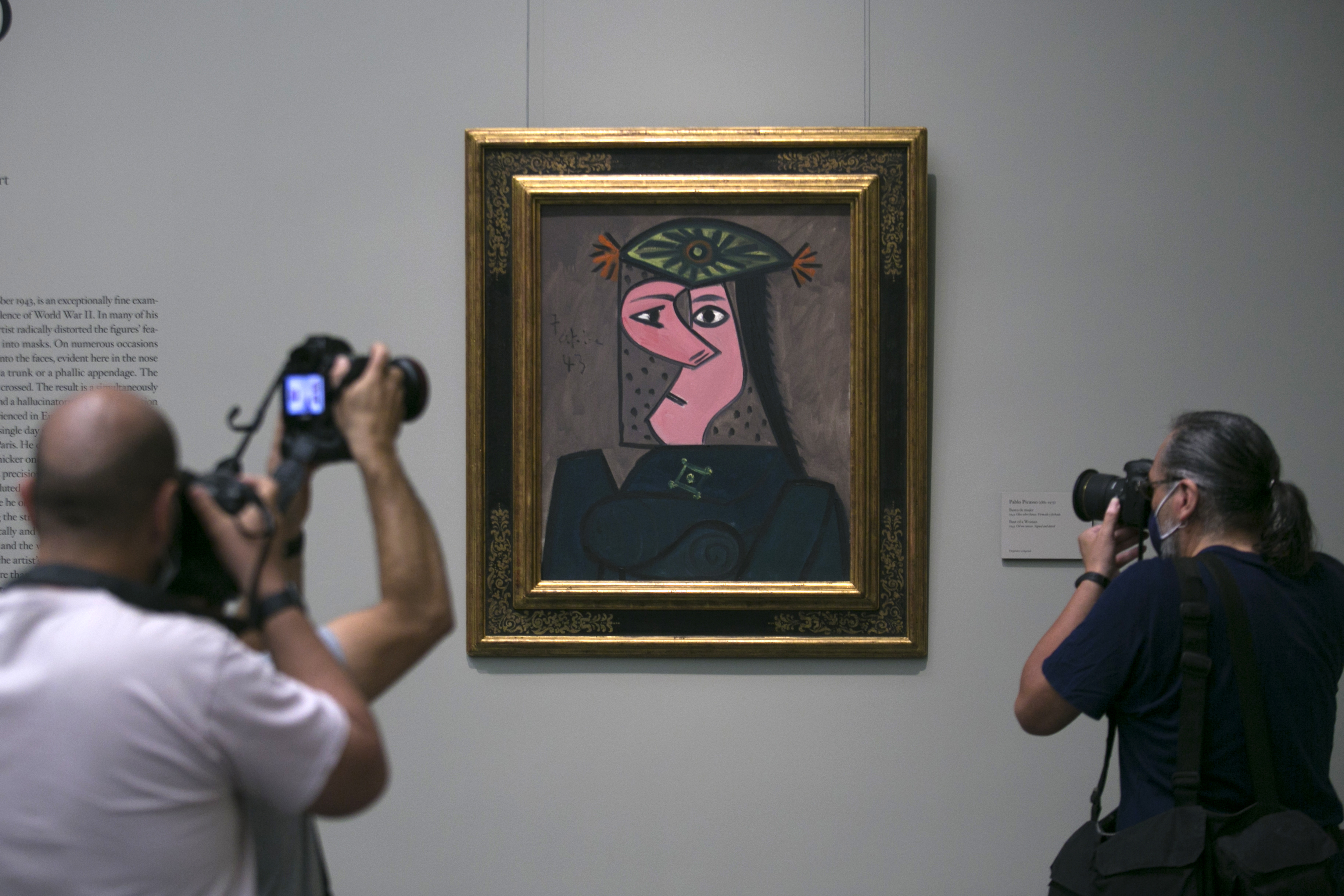 In a room attached to the great gallery of the Prado Museum hangs already Bust of Woman 43, painted by Picasso in 1943. The painter from Malaga had entered the gallery on other occasions, but since Monday he does so permanently, although the artist until now was assigned to the Reina Sofía museum in the distribution between both collections. For now, the initial term established in the donation made by the Aramont Art Collection, of the Arango Montull family, through the American Friends of the Prado Museum foundation, will be visible in this space for five years. The future of the piece seems clear, and the art gallery managers make it clear: once this period has elapsed, it will become part of the Prado collection. “The will of the donor is sacred,” stressed Miguel Falomir, director of the museum.

Bust of Woman 43 claim prominence now from this room. To dispute the attention with the monumental works by El Greco that hang in this space, the classic cartouche has not been used, but the title of the piece stands out on the wall above a description that details the technical characteristics of the canvas and his new destiny is argued. “The most interesting thing about the link between the painting and the Spanish tradition is the nuanced background it uses,” explained Javier Barón, head of Conservation of Painting from the 19th century, “very close to that of the El Greco portraits and the Velazquez backgrounds.” Picasso shares a wall with The Pumpkin Jester by Velázquez. To his right, a succession of portraits of El Greco; to his left, five paintings of the genius of Toledo belonging to the altarpiece of Doña María de Aragón. It has not landed in the rooms of the 19th century because, as Falomir has said, “it is not an epilogue”. The Malaga artist shares space with his teachers.

On one of his first visits, when he was a teenager, the painter copied the zucchini by Velázquez in a notebook, a drawing that can be seen in the Picasso Museum in Barcelona. Barón explained that both paintings share “the vital essence, the character of individual life typical of the painting of Spanish artists. The presence of those blacks with the mantilla is a very characteristic resource of Velázquez ”. Javier Portús, head of Conservation of Spanish Painting of the Prado, has completed: “Antonio Saura said that the works of the past and present illuminate each other. Ancient art itself is also best understood in the light of contemporary art. Picasso’s work allows us to better understand the paintings of El Greco and Velázquez ”.

“It is neither a whim nor an occurrence”, has defended the director of the Prado, “but a historically irreproachable decision,” he emphasized. “There has been a lot of talk about whether this is a plan or a strategy to bring the Guernica, and I have already said 1,000 times that it is wonderfully good at the Reina Sofía. It is where it has to be and there are not and will not be any claims ”, the person in charge has settled. The artist maintained a close relationship with the museum since the Republic appointed him its director in 1936. Upon his death in 1973, he bequeathed an important set of his works to the institution, including the Guernica, 60 drawings, engravings and sketches both preparatory and subsequent to the definitive work.

Both Falomir and Javier Solana, president of the museum’s Board of Trustees, have reiterated that everything has been done in accordance with current legislation. “Neither the Prado Museum nor the Ministry of Culture commit illegal acts and everything that is done is in accordance with the law,” he remarked, to later recall that “the Prado Autonomy Law [que no pone limitaciones a las donaciones] it is above Royal Decrees ”, in reference to the one approved in 1995 to distinguish the fields of action of both museums, and that set the limit on the birth of Picasso. That is, in this decision the statutes by which the museum operates independently have prevailed over the royal decree in which it is established that the artist’s date of birth is the one that marks the end of classical art and the beginning of contemporary art. this is the distribution of the Prado and Reina Sofía collections.

“I know well the rules of the Prado, I was Minister of Culture,” said Solana, who recalled that the operation, which began in February, was carried out from the first moment with the knowledge of the Ministry and Reina Sofía, and that it also has with the endorsement of the State Bar and the approval of the Board of Trustees of the art gallery. Ángeles González-Sinde, president of the Reina Sofía Board of Trustees, celebrated the news in conversation with EL PAÍS, on June 28, when the museum announced the donation: “We were perfectly informed, and that’s fine with us. It is the expression of the generosity of Plácido Arango towards an institution to which he was intimately linked. The family wanted me to be there. It only remains to celebrate such a gesture ”.