Pilar Bardem: they will talk about her | Culture 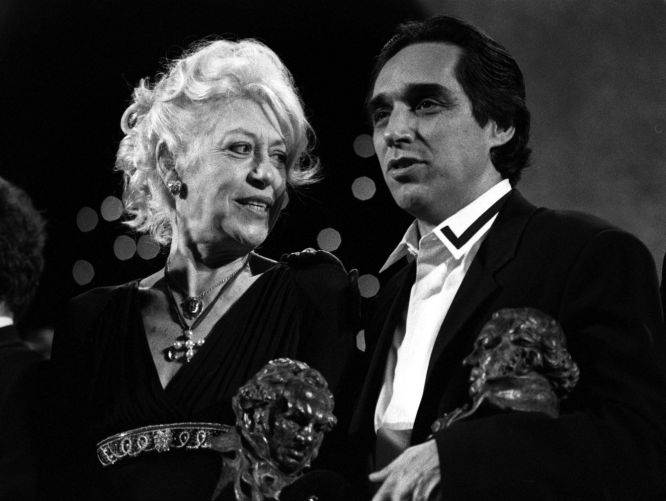 I met Pilar Bardem a month before I started shooting No one will talk about us when we are dead. I had seen her in an Enrique Urbizu film and she seemed like the right actress to play Doña Julia, a character inspired by my mother who had just passed away. We met to meet at the Espejo, a cafe on Paseo de la Castellana. Doña Julia in the script was between sixty and seventy years old.

To my surprise, Pilar appeared in the cafe in a miniskirt and with her hair dyed orange. Sensitive as she was, she must have sensed my amazement and immediately calmed me down. She told me that she would appear on the set with the look, walk, and voice of a seventy-year-old woman. He conveyed so much confidence that I blindly believed in his promise. We talk about the character, about my mother and also about her life and her children. I left the meeting absolutely certain that I had made the right choice.

I was not wrong. Pilar came to the shoot completely transformed and I think a memorable character came together. The multiple awards she received, including the Goya for best supporting actress, attest to this. It goes without saying that the character she created was much better, infinitely better, than the one I had written. Directing it was a pleasure. Not a problem, not a bad face, not a complaint. A woman and a superlative actress. A luxury.

In addition to being an extraordinary actress, she was a very sensitive woman. Reserved, but very affectionate, very warm. We made a great friendship, which extended beyond the filming of the movie. For many years we called each other from time to time, and we discussed the political news and life, also how we were both. Little by little the calls became more spaced, which I regret, and now, 25 years after the premiere of No one will talk about us when we are dead I get the sad news of his death in this unfortunate year that has taken so many friends.

I will always keep it in my memory. He gave life to my mother, and that I will never forget. Goodbye Pilar. Until forever. They will talk about you, and a lot. You deserve it.

Agustin Diaz Yanes He is a filmmaker.