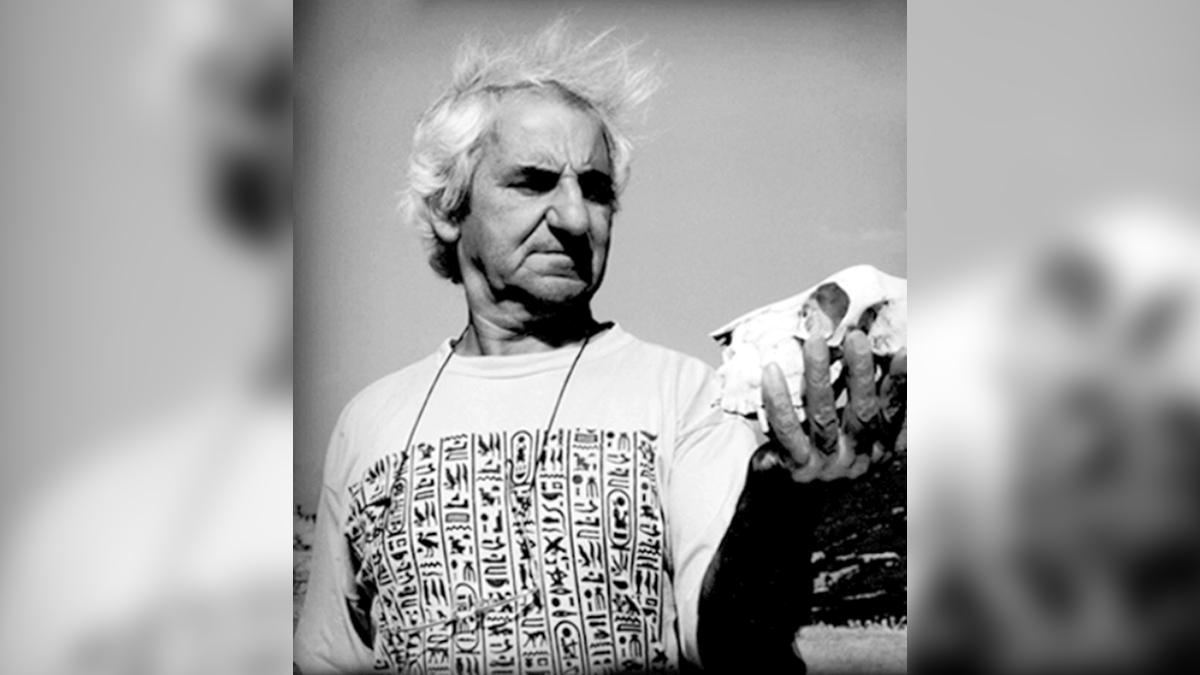 There is no space to say goodbye to Severiano Grande, who died on Saturday the 3rd at the age of 83. The telluric desire sculptor is gone. The indomitable of the stone. “I too will be a day / indestructible rock / in the high mountains,” he wrote in one of his memorable poems. The insubordinate and marginal sculptor who sought the most rebellious rock, the hardest, of his generation.

In Severiano’s work, matter counts more than style, following the rock bed rather than following the aesthetic current of the moment, dancing the water of the side and of the school. The ism matters nothing and much the earthquake. You had to see his emotion at the geometric cut of the quarry, accompany him up the mountain where the stones alone are, watch him enter the river to listen to the boulders.

Severiano brought stones from his travels, not photographs. For the Monegros. Almaden. The Swiss Alps. Egypt. Tunisia. Through the Grampian Mountains, next to Loch Ness. For him life was this rush. “What a great serón the sierra! / How it transports the soul! ”, He writes. Work on shoulders. And with blows to get into the mineral. Get hold of him. Do not bend it. Do not disguise it. Participate in the life of the rock. Do not abuse it. Do not trade it. Leave a mark. The carving is a moment of the rock. An accident as enigmatic and full as the cooling of magma, erosion, fracture.

In his sculptures, Severiano leaves intact this amazing geological scene that is all stone to reveal only one of the beings that inhabit it. It is an ethical commitment much more than an aesthetic position. And the carved part of the rock counts as much as the untouched part. In his work there is a vindication of the matter wrought by nature as scandalous and vibrant as that of Duchamp when he invented the ready-made. Reverse and parallel.

Severiano Grande was born in Escurial de la Sierra, Salamanca, in 1937. From there the most decisive training and forging was carried out. The rock in place. The grain in the soul. Soon he moved to Salamanca where he studied with Zacarías González and Damián Villar. And in 1953 without remedy or warning he left for Barcelona. He will work with many Catalan masters, first in Carlos Salazar’s workshop, then with José Clará, Corberó, Rebull, Eudald Serra. He returned to Salamanca and in 1965 he built his workshop house in Mozárbez. In 1974, and for three years, he will live in Girona, in Corsá, working with Marcel Martí.

In 1976 he exhibited in Madrid, at the Palacio de Cristal, and the Muse of Contemporary Art of Madrid acquires several of his works for his permanent collection. The exhibitions multiply as the artist moves away from the world to open himself only to its stones. “The stone is a magnet for my hands. / My brain awakens with my blows ”, writes the sculptor-poet.

Beyond his contribution to informalism or his constant devotion to the figure, is his loyalty to matter. This is your school. His law. All of Severiano’s work is an alliance with matter. The titles of his pieces announce a geology manual – stone at hand – and preserve a kind of reverential lithograph. Green shale, syenite, basalt, emery, diorita, porphyry, quartz with geode, chalcopyrite, black granite from South Africa, red marble from Alconera, black from Marquina, Yugoslav white … and so on to infinity.

In nature everything is avant-garde. The rock awakens the conscience of the sculptor, said Severiano. Man of immeasurable ideals of freedom and justice. At the head of his own acts, as requested by César Vallejo, one of his spiritual peers. The other, Masaccio. “Always Masaccio! The rock is a way of being ”. In 2010 I asked him for a Wild Orpheus head, not in civic marble, to shoot our feature film Animal Stone (still unreleased). Months later he called me. I found Orpheus in a quartzite. At the bottom of a ravine. At the top of the mountains. Like primitive Greeks, with ropes and pulleys, we got the rock. In 2011, during four unforgettable weeks of filming, Severiano illuminated Orfeo’s head in that wild block of white and red quartzite. Quartzite is a place with galleries, crypts, crystals and lichens, I learned from him.

Pantheist of life. Pre-Socratic of the stone. Severiano Grande, the man who, blow by blow, was putting his life in those untamed blocks, has entered the eternity of molten rock: “Basalt! One good day / I will travel to infinity / on the back of my calluses ”. You don’t make men like that anymore.

Juan Figueroa He is a film director.