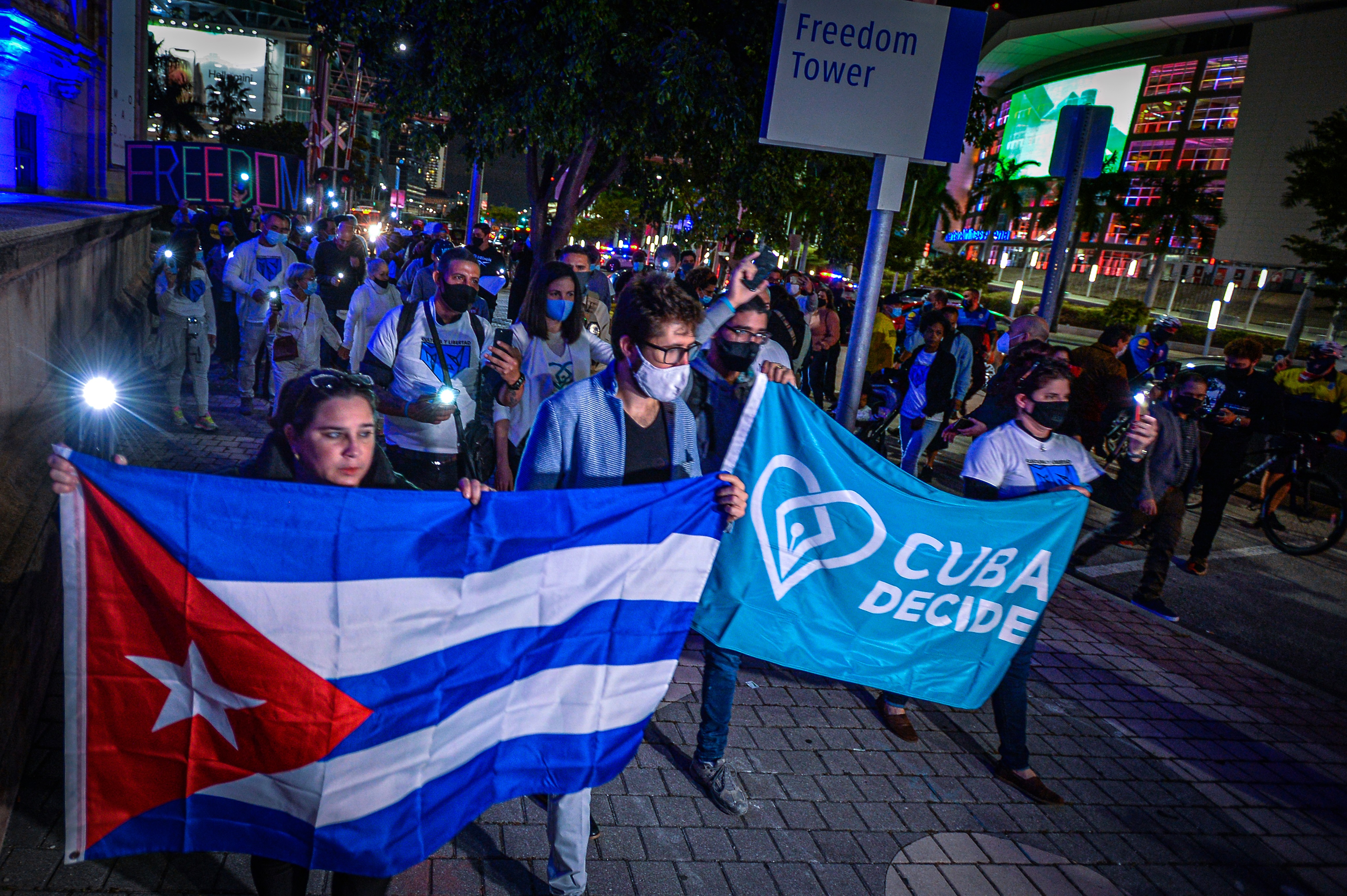 Hamlet Lavastida, an excellent Cuban artist and friend, is imprisoned in the State Security headquarters in Havana (known as Villa Marista) for thinking differently from the ideology imposed by the Cuban government, which insists on calling itself ” revolutionary ”without being so.

They have gone for Hamlet because he returned from Germany just a week ago, after spending a year in an artistic residency at the Kunstlerhaus Bethanien Berlin, and with the aim that we Cubans who are abroad do not dare to return to the island if we bring intentions to demonstrate against the political violence that is consuming the country today.

I share a fragment of a conversation in a private chat between fellow artists, activists and professionals in the art world that gives an idea of ​​the violence to which we are subjected. The names have been changed for security:

—Sonia: Friends, I need the final version [una carta de apoyo y solidaridad a Lavastida] as soon as possible to correct the translation.

—Leonardo: Emilia has it.

—Costa: With the new signatures?

—Emilia (in Cuba): There is a tremendous armed operation under my house. I have counted 15 people.

—Leonardo: Who is going to put the letter in Change.com? Emilia has the police in the building, she does not respond, surely they cut her mobile data.

—Emilia: I delete all my apps so they don’t leak if they catch me.

—Pablo: There is a large operation in the basement of Emilia’s house and Sofía was taken away.

The repressive escalation of the Cuban regime since 2018 has been radicalized and already accumulates 138 political prisoners. In this context, civic activism groups organized through the networks have emerged and many interdisciplinary talents have come together to give shape and form to a national malaise: that of extreme poverty, oppression, institutional racism, homophobia, environmental causes or the demand to liberalize the country’s economy. The San Isidro Movement and 27N are the best known examples.

While Hamlet remains imprisoned, State Security tries to build a false case against him for the crime of “incitement to commit a crime”, and whose only evidence is a line taken from a private chat between friends illegally leaked on national television. Hamlet proposed marking Cuban peso bills with the insignia of the 27N and the San Isidro Movement, an action that does not violate any national law, and that was never carried out; which gives the whole case a dystopian flavor, inspired by Philip K. Dick’s sci-fi story which later became Minority Report. How to convict a person for an alleged crime that he should have committed in the future? Marking a ticket is nothing more than a harmless poetic action.

Just two weeks ago, I was in Berlin organizing my next exhibition for KOW Gallery and of course I ran into Hamlet, with whom I have a deep friendship for years. I told him: “Brother, as things are in Cuba, it is very dangerous for you to travel now.” He replied that he had to return because his period of being abroad was expiring without losing his residence. It does not matter that you were born in Cuba, if you spend more than two years abroad, you lose your residence and the rights associated with it, such as property.

Behind his return there is also a love story. Hamlet confessed to me that he wanted to go back to his poet and activist friend Katherine Bisquet. When he took the flight he did not know that his options were so limited: jail in Cuba or living in exile and the determination to meet his friend was an impossibility that in the end led him to confinement.

And this is the image that haunts me these days: Hamlet could not return free to Havana to meet Katherine just because of his ideas and the art he makes.

Marco A. Castillo is a Cuban artist, former member of the Los Carpinteros collective.