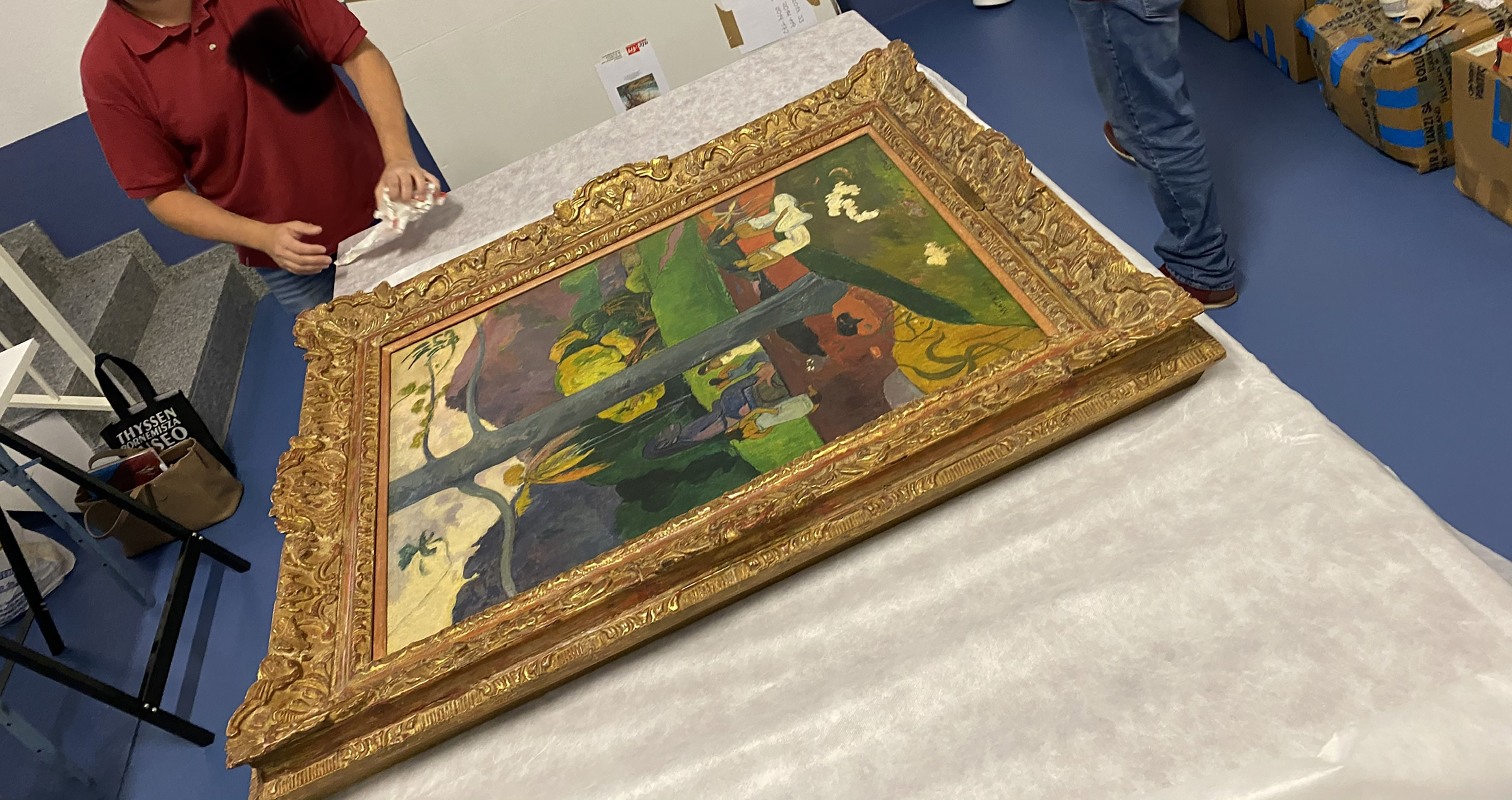 The soap opera about the future of Carmen Thyssen’s art collection is coming to an end. The Council of Ministers on Tuesday gave a letter of nature to the pact signed in January between the baroness and the then minister José Manuel Rodríguez Uribes. The Thyssen Foundation in Madrid has housed the Baroness’s paintings since she reached a pact with the Government in 1991. The staging of the contract, which affects 427 works, will presumably be held this week at the Thyssen Museum, after the return of Mata Mua by Paul Gauguin, the jewel in the crown that left the museum in June 2020 in the midst of the pandemic. Cervera traveled to Madrid this Monday to organize the final details before the signing.

Cervera and Rodríguez Uribes, who on Monday morning transferred the portfolio to his successor, Miquel Iceta, agreed to a 15-year rental for 6.5 million euros per year. The baroness assures that her collection is valued at 1,300 million euros, according to the studies of the auction houses of Sotheby’s and Christie’s. The agreement that this Tuesday reached the Council of Ministers was sealed when there were only 48 hours left until the last period agreed by both parties ended.

Before saying goodbye to the portfolio, Rodríguez Uribes, on a visit to Arco, assured that the agreement was going “very well”, in the absence of “the last fringes of the contract.” Two days later he was dismissed from his position by Pedro Sánchez and relieved by Iceta, who has encountered this matter on his first day, and has not hesitated, according to ministry sources, to “proceed as soon as possible the better.” It has been six months (in principle there were two) and there have been three extensions, due to some points that had to do with the tax residence of the baroness or the distribution of the paintings between her and her son, Borja Thyssen. Both will have to sign the agreement as holders of the collection.

Sources from the baroness’s environment confirm that one of the aspects that may have delayed the project has to do with the payments that Cervera and her son will receive. It has been agreed that they will be made directly to the companies that both represent and that are based in Andorra, their country of residence. Another of the “fringes” that the signature has delayed affects how the IRPF Law of the Treasury should be applied for residents of Andorra. Until now, the two owners of the collection were only counted in Spain on the days of attendance at the Thyssen museum patronage. From now on, they will be joined by movements of a cultural nature linked to its collection; which includes trips to Madrid, but also to the Thyssen museum in Malaga and the San Feliu de Guíxols museum.

The loan of the 427 works in the collection owned by Carmen Thyssen was signed in 1991 for a period of 10 years and has been renewed annually. At the beginning of 2017, the baroness demanded from the Ministry of Culture a new framework of relations with the State, understanding that the contract was “obsolete.” Since then the negotiations have passed through the hands of four Culture holders: Íñigo Méndez de Vigo (PP), later José Guirao (PSOE), the also socialist Uribes and now Iceta. In the last stage, the already ex-president Carmen Calvo was in charge of leading the conversations.

Of the total, only 180 works will be exhibited at the moment, which are owned by Borja Thyssen and the baroness, representing their youngest daughters, Carmen and Sabina, 13 years old. At first, this division was to be specified in the posters that accompany the hanging paintings and, still behind closed doors for weeks in eight rooms, which are accessed directly from the lobby. They are the spaces that previously showed the part corresponding to the 20th century. Finally, only the name of Carmen Thyssen will appear. The idea of ​​specifying which ones are owned by Borja Thyssen has been postponed to a better occasion.