The Kings visit the Arco exhibitor in EL PAÍS | Culture 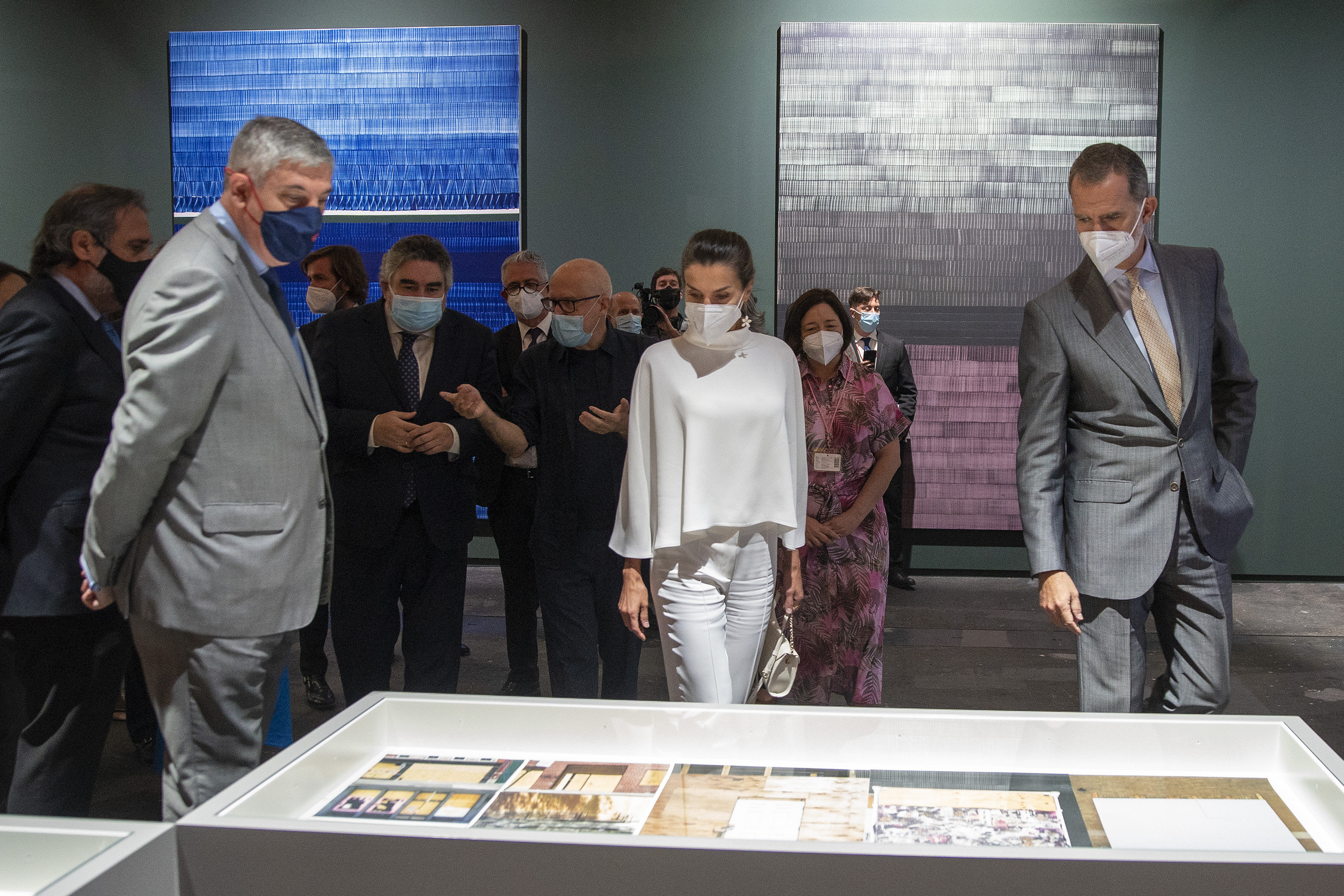 Some traditions persist in the most atypical Arch that is remembered due to the pandemic. The visit of the Kings of Spain, at noon on Thursday, is one of them. And his stop at the EL PAÍS booth, another. It has happened at the beginning of his walk through the contemporary art fair, which opened its doors on Wednesday to collectors and professionals and will allow visitor access this weekend, with a forecast of a 50% drop in attendance due to restrictions sanitary.

The Cantabrian artist Juan Uslé, chosen by this newspaper to star in its exhibition space, awaited the arrival of the Kings in front of his great pieces of painting and photography, a poetic work about the break that was the confinement in our lives. Along with Uslé, were the director of the newspaper, Javier Moreno; Rosauro Varo, non-executive vice president of Grupo Prisa; Carlos Núñez, president and CEO of EL PAÍS, and Eugenia de la Torriente, deputy director of the newspaper. The spokespersons for the three galleries representing the artist were also not lacking: Moisés Pérez de Albéniz, Joan Prat and Lelong.

After the greetings, Felipe VI, in a gray suit, and Doña Letizia, with a set of white trousers, listened carefully to the artist’s explanations. Uslé has told you about the inspiration of a space designed by the architect Juan Herreros and conceived “as two pages joined by a bisector”. “On one of the walls, the longest, I wanted to place painting, on another, photography, my two primary means of expression,” he said. The pieces were created during confinement. Felipe VI has been interested in the personal circumstances of Uslé’s confinement. The pandemic caught him in New York, where he has lived for decades part of the year with his wife, also an artist Vicky Civera. “At first we enjoyed the experience, with the building empty and so much time to work, then things got as bleak as the news,” he explained.

Uslé has imprinted that dark spirit in the pieces present in Arco, although there is also a place for green hope on one of the walls. Not surprisingly, the set, in which the inspiration of the sea stands out (“a longing in those months of quarantine,” says Uslé) is entitled Sleeplessness and horizon. The Kings, followed by a multitude of photographers and editors, were accompanied by the culture ministers of Spain and Portugal, José Manuel Rodríguez Uribes and Graça Fonseca, the director of the fair, Maribel López, and other political and Ifema personalities, manager of Bow.

The itinerary has included stops in the spaces of other galleries, such as Leandro Navarro, Thaddaeus Ropax, Helga de Alvear, Rafael Ortiz, Pedro Cera, Nordenhake or Senda, among others. They also stopped at the Opening section, dedicated to the most emerging art, and at the Fundación Arco space.