The long-awaited and intimate return of the Teatro Colón | Culture 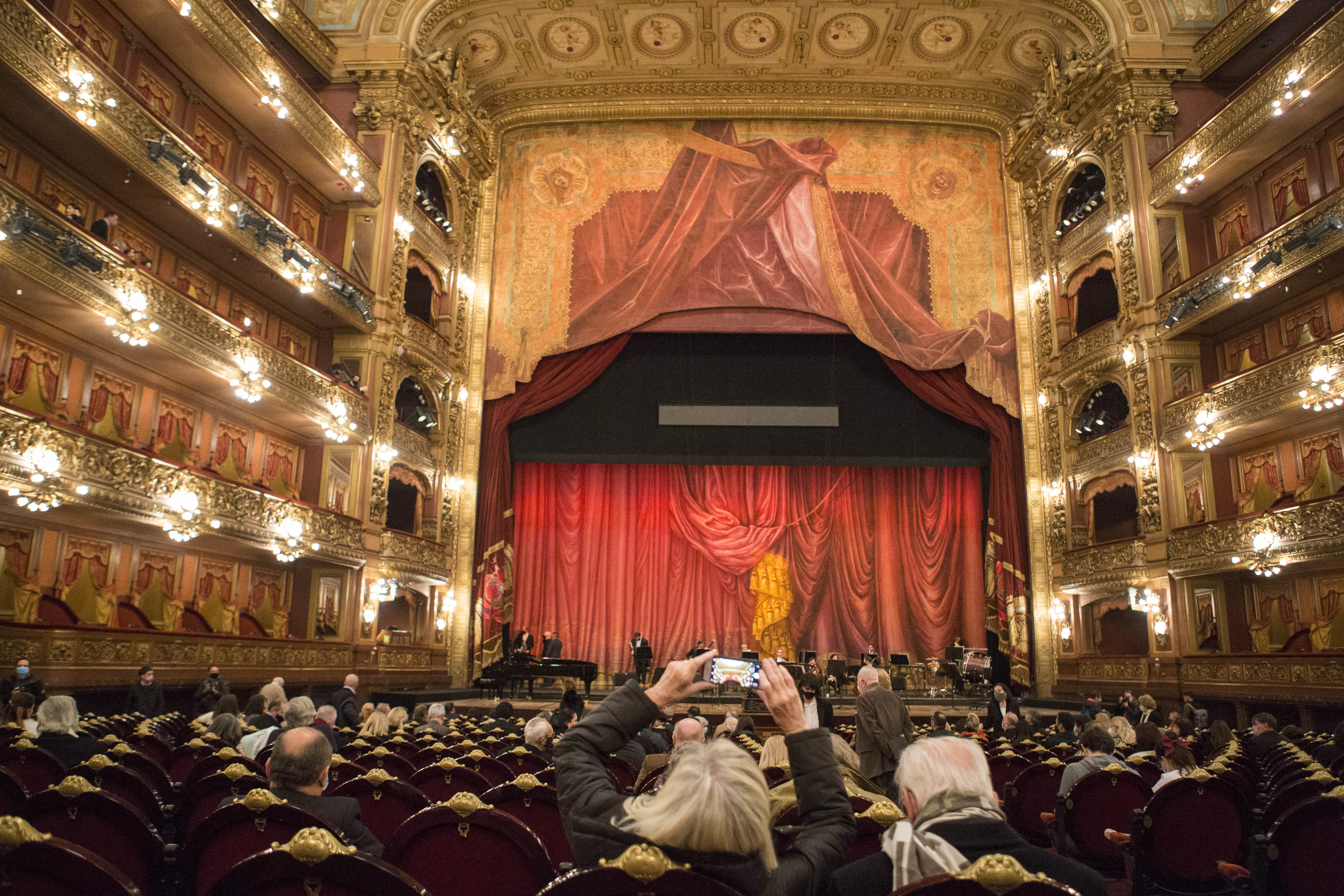 The Colón Theater has been one of the cultural beacons of Buenos Aires for more than a century. The music of Gustav Mahler guided the reunion with the public of the largest lyrical coliseum in Argentina on Friday night after the long closure forced by the coronavirus pandemic. “We are back”, shouted with his fist raised the emotional artistic director of the Philharmonic Orchestra of Buenos Aires, Enrique Diemecke, before directing his baton towards the reduced chamber orchestra on stage and smiling when listening to the “bravo” thrown from the stalls and the boxes.

“It’s a holiday,” said María Victoria Alcaraz, director of the Teatro Colón, before the start of the gala, as she watched the attendees arrive. The colosseum staff took the temperature, sprayed alcohol on their hands and reminded the public of the mandatory use of the mask during the entire function and the need to keep their distance. The restrictions imposed by the covid-19 kept the theater closed for 15 months, with the exception of a series of concerts in tribute to Astor Piazzolla on the centenary of his birth. The wounds of the pandemic are visible in the main room, once everyone is seated: there are more empty seats than occupied. The capacity, while the exceptional health situation is maintained, cannot exceed 50%.

The work chosen to kick off the postponed 2021 season – it was to begin in March and then in May – is a hymn to life and the transcendence of the planet we inhabit. Mahler composed The Song of the Earth (The song of the earth) during a vacation in 1908, when he was recovering from a very difficult year personally, marked by his move from Vienna to New York, the death of his eldest daughter and the diagnosis of an incurable heart disease. It was released posthumously.

The tenor soloist Gustavo López Manzitti told the newspaper Ambit: “When the rehearsals began and I went back into the Colón, and observed its majesty, I thought that this beautiful building is going to survive us all in the same way that it has already survived so many others. That is precisely what Mahler raises in the work: beauty remains, spring returns, other artists appear, and we pass. That’s The song of the earth”.

“Dark is life and death”, repeats Manzitti in the first of the songs performed on the opening night. The initial deep anguish is transformed throughout the other five movements that make up Mahler’s symphony to oscillate between pain, hope and the peaceful awaiting of death. In the final stretch of his life, the composer found comfort and inspiration in the verses of the Chinese poet Li Bai, in which the idea that everything remains, except us, prevails.

The work chosen by the Colón was not that of the extensive symphonic instrumental imagined by Mahler but the version for chamber performed by Arnold Schönberg, with 15 instrumentalists, conducted by Diemecke and with the participation of the mezzo-soprano Guadalupe Barrientos and Manzitti. The small orchestra accentuated the intimate tone of the long-awaited reopening.

Due to current restrictions, the 2021 lyric season will feature shorter than usual operas and concerts. “We chose works that were not very long instead of cutting them. We are going to see works that are very valuable from the artistic point of view, but rare, such as The song of the earth, from Mahler, what are we going to do now, or More songs, by Monteverdi, which are three small baroque works united ”, said Alcaraz on the eve of the inauguration.

The return of the Colón coincides with the progressive reopening of all cultural activity in Buenos Aires, one of the most vibrant capitals in Latin America. Cinemas, theaters and music halls have begun to raise the curtain in hopes of not having to lower it again due to the arrival of a new wave of the coronavirus. The prolonged shutdown has left the culture badly wounded, but Argentines cling to their experience in crisis to adapt to the new demands and get back on their feet.