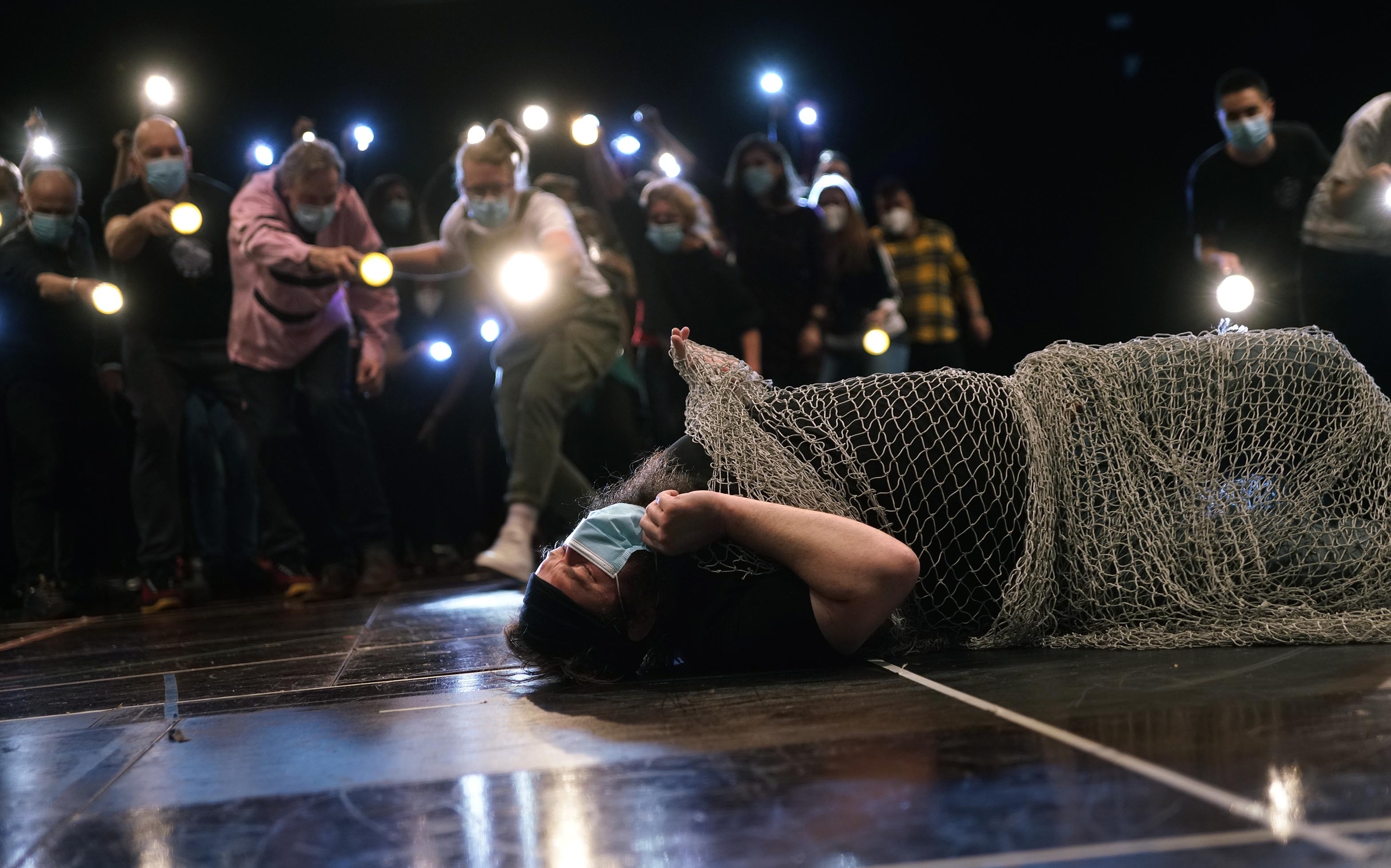 The address of the Royal Theatre has offered this morning explanations about its performance before the outbreak of 24 positive cases registered in March among its workers, among soloists, actors, artistic production staff, offices and members of the choir, in a press conference called to also present the premiere of his new production, the opera Peter Grimes, by Benjamin Britten, of which nine performances will be offered between April 19 and May 10, with Ivor Bolton conducting the orchestra and staging by Deborah Warner. The general director of the coliseum, Ignacio García-Belenguer, has maintained that there was no correlation between the cases and that the outbreak was immediately controlled “thanks to the massive screening and additional security measures that were implemented as soon as it was detected, so the Community of Madrid did not consider it necessary to order the stoppage of the activity or the closure of the site ”. In addition, it has proven that the tests carried out in recent days have only detected one positive case in the offices and none in the artistic part.

García-Belenguer has recognized that the intensification of preventive measures has been one of the reasons that have led to the postponement of the premiere of Peter Grimes until April 19 (initially it was scheduled on April 8), as rehearsals had to be suspended for a week to resume them, maintaining a safe distance between the performers on the main stage, which at that time was occupied by the scenographies of Siegfried Y Rule, that were represented until March 14 and 19. Another important reason has been the delay of several soloists from the United Kingdom due to the new bureaucracy imposed by Brexit.

The general director has accredited that since, after the confinement, activity was resumed last June, the coliseum has invested one million euros in preventive measures (periodic air renewal, disinfection …) and about 250,000 euros in tests periodic PCR and antigens to your workers. In total, according to García-Belenguer, 4,882 analyzes have been carried out on the personnel dependent on the Teatro Real and another 734 on the choir, which belongs to the Intermezzo company. In this group, made up of 51 people, a total of 17 cases have been registered since the activity was resumed, of which nine correspond to the month of March.

On the disparity between the number of infections that Real declared last week to have registered (nine in its staff, in addition to many others from the choir) and that offered by the Community of Madrid (24 in total), García-Belenguer has assured that “In no way has there been any concealment of data. Coordination with the Community of Madrid has been absolute and the difference could be due to the fact that Real did a wrong deductive work with some cases, such as two people who tested positive while already vaccinated ”.

Along with García-Belenguer, the president of the Teatro Real Board of Trustees, Gregorio Marañón and Bertrán de Lis, and the president of the medical committee that advises the coliseum since the activity was resumed in August, Dr. Santiago Moreno, head of the infectious diseases service at Hospital Ramón y Cajal. The latter has clarified that the declaration of an outbreak, in sanitary terms, does not imply by default the suspension of the activity, but refers to “the need to investigate what is happening in a specific place, determine if it is dangerous or can spread and take measures to control it ”. “And that is what we have done here,” he continued, “thanks to the fact that this institution has the financial means to implement these measures and carry out the necessary tests.”

Along the same lines, the president of the Board has defended that the decision was made to keep the theater open because “it was shown that the outbreak could be isolated, from that moment on, daily tests have been carried out on the rest of the staff that ensure that the infection ended there ”.

Apart from the explanations about this management, the details of the staging of Peter Grimes. It is a co-production of the Royal Theater, the Royal Opera House in London, the National Opera of Paris and the Opera of Rome that has the team that in 2017 triumphed on this same stage with another work by Britten, Billy Budd, as recalled by the artistic director of the Real, Joan Matabosch. They are Ivor Bolton in the musical direction, Deborah Warner in the stage part, Michael Levine in the set design and Kim Brandstrup in the choreography.

Warner has explained that in his staging the action does not take place at the moment that marks the original work (around 1830), but at the present time. “I made that decision because in this opera poverty is a very important element and I did not want it to be shown wrapped in a patina of romanticism, in the style of The Miserables, because poverty largely influences the behavior of the characters in the play and explains the situation of exclusion experienced by the protagonist ”, he said.

The director also highlighted the important role of the choir, “which acts as one more character, representing the confrontation that the work poses between the individual and the mass. The chorus is the people who reject the different ”, said Warner. That “different” is Peter Grimes, the protagonist, a violent and surly fisherman despised by his fellow citizens.