Vax Live: Music and vaccines to unite the world | Culture 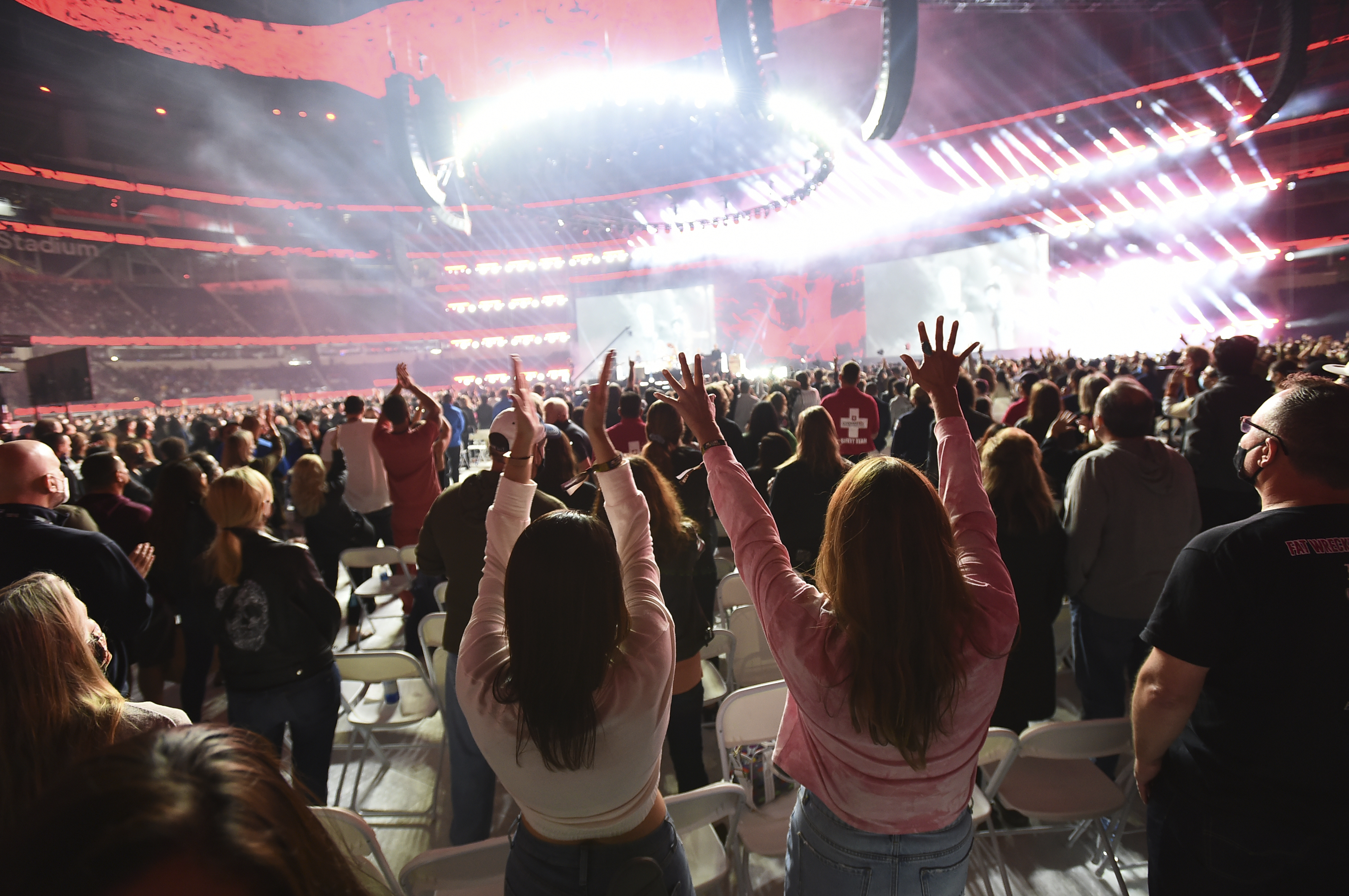 Large-scale music events return to America. Michael Rapino, the president of entertainment giant Live Nation, gave a figure on Thursday that reveals how the industry is slowly coming out of the freeze imposed by the pandemic. The businessman counted that they have registered a demand never seen before in the sale of tickets for concerts this summer. Country star Garth Brooks, for example, sold out 50,000 tickets in 30 minutes for a couple of July dates in Utah.

To whet an appetite, Global Citizen, an association focused on global social causes with a large presence on the networks, organized the first big concert of the American reopening. 20,000 health workers and essential workers, all vaccinated and with negative tests for covid, were the public of Vax Live, an event with musical numbers by Jennifer López, J Balvin, Foo Fighters, Eddie Veder and HER, who just won the Oscar for best song for its theme on tape Jesus and the black messiah. The event aims to elicit a promise from the powers to allow equitable distribution of the coronavirus vaccine and raise at least $ 50 million to facilitate access to immunizations for poor nations.

The event will leave a political footprint with a strong presence of international leaders. Throughout 90 minutes, and interspersed with the musical numbers, words from Pope Francis, the president of the United States, Joe Biden and the first lady, Dr. Jill Biden, Canadian Prime Minister Justin Trudeau and European authorities such as Ursula von der Leyen, Norwegian Prime Minister Erna Solberg, Spanish President Pedro Sánchez and his French counterpart Emmanuel Macron, among others. The leaders will underline the importance of continuing with vaccination at a time when applications are slowing down in some territories. A commitment will also be made to increase drug production so that there are sufficient doses.

Celebrities will also show their most altruistic faces at night. Prince Harry will be one of the presenters of the night in a moment where he enjoys great popularity in the United States after the interview he gave to Oprah Winfrey with his wife Meghan Markle. Selena Gomez, Ben Affleck and comedians David Letterman and Jimmy Kimmel will also be in charge of presenting the musical numbers and announcing donations made by consortiums such as Mastercard, Cisco, Coca Cola, Procter & Gamble, among others.

The concert, which has already been recorded at the SoFi stadium in Los Angeles, will be broadcast to more than 100 countries through YouTube this Saturday, May 8 at 8:00 p.m. ET, 7:00 p.m. in Mexico and 02:00 a.m. Spain). Globo, from Brazil, and Caracol, from Colombia, will also broadcast the event, which will be available to users of the iHeartRadio application.

In this way, music has returned to SoFi, the gigantic new stadium in the Californian city. The building, near the city’s international airport, had a cost of 5,000 million dollars. Its inauguration, last August, was thwarted by the pandemic. So the two football teams that use it as their home, the Rams and the Chargers of the NFL (the professional football league), have only played in it behind closed doors. The first thousands of spectators to dance and sing in the brand-new facilities are the doctors who have been at the forefront of the fight against the epidemic. They deserve to enjoy those 90 minutes that announce that the concerts are back. And they deserve much more.